As part of the World Environment Day, on June 5th, AYUDH Mangaluru, the youth wing of Mata Amritanandamayi Math, held an awareness programme near the Mangalore Central railway station.
‘OFFSET YOUR CARBON FOOTPRINT - PLANT AND NURTURE TREES, ‘SAVE WATER SAVE LIFE’ ‘KEEP OUR ENIVIRONMENT CLEAN AND GREEN’ were the themes of the street art on the walls leading to the railway station, creating awareness on Environmental Issues and most importantly urging to love nature. The paintings were dedicated by AYUDH to the noble cause at the event.
AYUDH members Sridhar Shenoy, Shivani Raichura and Archana Baliga elaborated on the above three themes at the onset of the programme.
The guest for the event was Shri Madhav Ullal, who is a Green activist as well as an Environmentalist. He has received numerous awards for his selfless work towards the cause. Antarashtriya Aryabhata Award in 2008-2009, Vrikshamitra Rajya Prashasthi and D. K Zilla Rajyotsava Prashashthi in 2013 are a few of the awards he was graced with. Speaking on the occasion, he said that in the backdrop of global warming, it is very important to focus on water conservation and spreading greenery. He urged people to be conscientious and plant saplings as well as grow trees.
AYUDH members at the programme took an oath to plant 1,000 saplings in the year as their contribution to the upkeep of nature. Around 50 saplings were distributed and 50 were planted by the guests, members and participants of the event.
The function was presided over by Bri. Mangalamrta Chaitanya, Math-In-Charge of Mata Amritanandamayi Math, Mangalore. Mr Srinivas Shettigar, Coordinator of Amala Bharata Campaign (Amala Bharata Campaign is a Cleanliness drive of the Math for ‘Clean India, Beautiful India’, inaugurated in September 2010); Mr Sudeep D, AYUDH coordinator; Mr. Ezilan, Asst. Executive Engineer; Mr. Shivdasan, Station Manager; Mr A B Wanniker, Sub-Inspector, Railway Police station, Mangalore Central, were also present at the event. The members of Bharat Scouts and Guides of Amrita Vidyalayam Mangalore actively participated in the Awareness Drive. Mr Rajesh Naik, AYUDH member, welcomed the gathering. Dr Devdas, District AYUSH Officer and member of Mata Amritanandamyi Seva Samiti gave the Introductory speech. Dr. Ashok Shenoy, member of Mata Amritanandamayi Seva Samithi rendered the Vote of Thanks and the event ended with peace prayers for the welfare of the universe.
The seeds of many other GREEN INITIATIVES for the forthcoming year were sown on this day by the members of AYUDH. 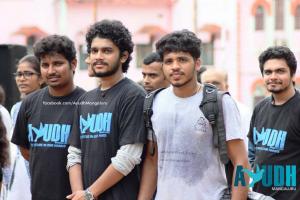 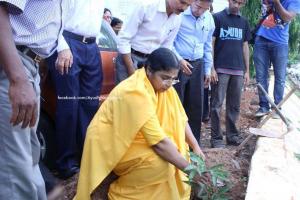 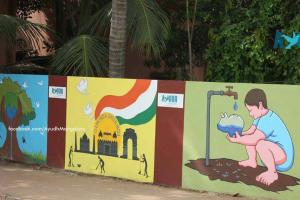 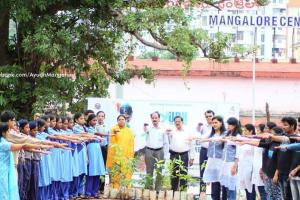 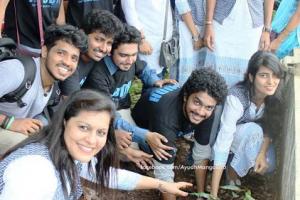 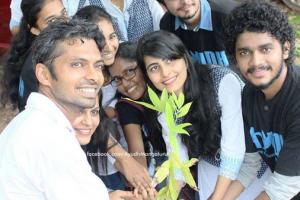 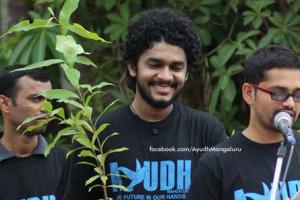 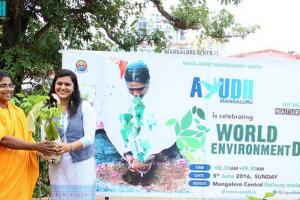 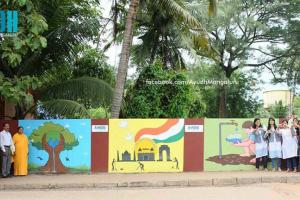 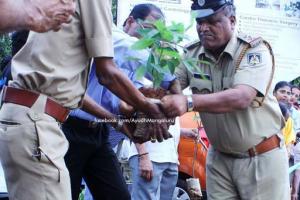 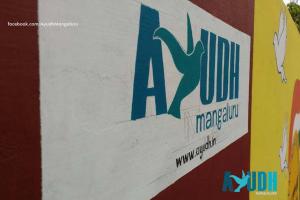 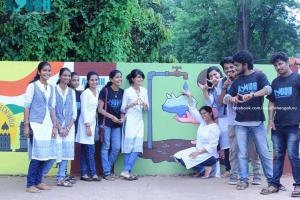 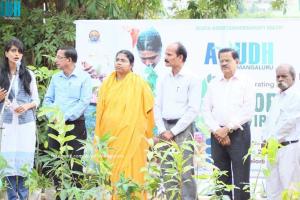 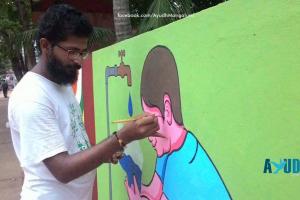 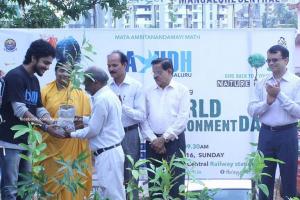 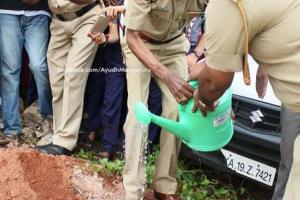 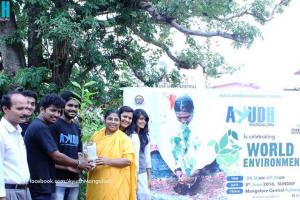